Whether we acknowledge this fact or not, there is a powerful connection between our minds and our bodies. Much has been written about how to use the mind and maximize the powers of the body.

But what impact does regular exercise have upon our mindset? Our memory and learning capabilities?

Research tells us that the brain, just like the biceps or abs, is itself a kind of muscle. It is always being molded by inputs and it craves activity.

And like any muscle, if you don’t use it, you lose it.

A Healthy Body is a Happy Mind

It’s no secret that exercise helps you feel good. From the often noted runner’s high to the post-workout buzz, exercise reduces stress by signalling the release of feel good hormones and neurotransmitters. By engaging our bodies, we are balancing our neurotransmitters and ensuring a smoothly functioning bodily process.

So why does it feel good?

Those biochemical responses that make us feel so good are released to buffer the pains our bodies are predicted to suffer as a result of our physical strains. For example, the rare runner’s high only arrives after two or more hours of sustained activity.

The phase of temporary euphoria, increased pain threshold and reduced anxiety is due in part to a handful of neurotransmitters – or messengers that carry information across synapses and tell your body how to feel.

Similarly, lifting weights is known to release endorphins and endocannabinoids. Because of the tears in muscle fibers, our body sets up a recovery process to help reduce the stress upon the body. Not only does the it cover up the pain of muscle tears but it puts us in a good mood, activating a great deal of nerve cells to keep the system stimulated.

Beyond the emotional stability that exercise provides, it has been shown to dramatically increase the quality of mental functions.

John Ratey, M.D., and clinical professor at Harvard Medical School, calls exercise “the single most powerful tool you have to optimize your brain function.” Aerobic fitness and neurological performance are strongly linked through 400 millions of years of biology.

All that history lives inside us. So it’s no surprise that activities requiring coordination, rhythm and strategic engagement will promote neurogenesis (the growth of new brain cells) and make you smarter in the long run.

We’ve all heard that it only takes half an hour of walking a day to stay fit, right? That’s because our body is primed and biologically ready to dive into the peak performance zone it’s known for all history. Well, except very recently. Historically, we’ve been a much more active and engaged species.

Exclusive: Download Fitplan’s Workout App and train alongside the world’s most elite athletes! 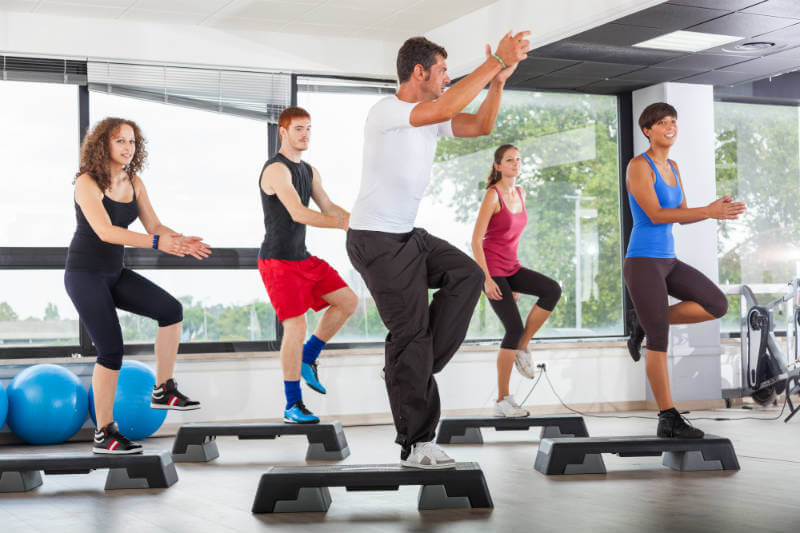 From a micro or macro perspective, cardiovascular exercise has some very notable benefits:

“We are not used to sitting at a desk for eight hours a day,” says Dr. John Medina, noted neurological researcher.

From an evolutionary perspective, our brains developed while we walked or ran as many as 12 miles a day. The brain still craves this experience. That’s why exercise boosts brain power in sedentary populations like our own.

By pushing our bodies, we push our brains as well. Learning, and memory, evolved alongside motor functions that allowed our ancestors to track down food. For our biologically rooted brains, if we’re not moving, we’re not in need of learning anything. 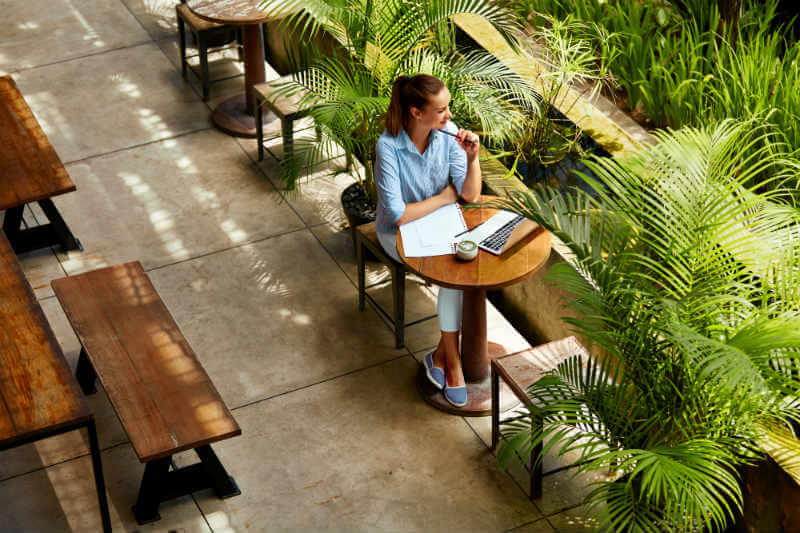 Carl Cotman, director of the Institute for Brain Aging and Dementia at the University of California-Irvine, shares:

“One of the prominent features of exercise, which is sometimes not appreciated in studies, is an improvement in the rate of learning, and I think that’s a cool take-home message,” Cotman says. “Because it suggests that, if you’re in good shape, you may be able to learn and function more efficiently.”

Develops new nerve cells from the stem cells (blank cells) in the hippocampus, which is the part of the brain related to memory and learning.

During exercise, the brain really amps up its production of BDNF.

Professor John Ratey calls it “Miracle-Gro for the brain.” That’s because it is so important to increasing the brain’s ability to activate learning potential.

When your brain takes on new information, this demand increases activity between the neurons. Over time, the more activity there is, the easier it is to send a signal and make a connection. Learning requires strengthening the relationship between neurons in what’s called long-term potentiation (LTP).

The more this connection is made between groups of neurons, the more the cells grow. The result is that you learn.

Here’s an example to clarify. Say you walk through a grassy field every day on your way to the gym. Every day, this track becomes smoother and easier to move across because you’ve worn it in with your feet.

The same process happens in your brain when you’re creating a line between neurons, also known as learning.

Once a main path has been established, it’s easier to create side paths off to the side. This is where BDNF and exercise shine together.

Because BDNF is always working to create more paths in the ‘field’ of the brain, it is the engineer and builder of the synaptic pathways of your mental growth. It activates serotonin and protein release that build up the (synaptic) pathways between spaces in the brain.

It’s always improving the function of your neurons, helps them grow, strengthens them and protects against their death.

Enjoying some fresh experiences is always linked with growth and intelligence. Even if you’re a rat.

Donald Hebb was the first man to show that lab rats which participated in new experiences later excelled in learning tests. As opposed to their cage-bound peers, the rats with novelty in their lives (playing with a new toy or simply being handled) improved their learning abilities.

Synapses in your brain rearrange themselves under the stimulation of learning.

Whether we’re talking muscle fibers or neurons, continuously activating the body and mind in different ways will produces results.

For humans and rats alike, physical activity counts as a novel experience. Compare this idea to the ‘shock-the-system’ mentality in training. By keeping your body in a state of continuous engagement, it functions at a higher level and produces better results. Same thing as the brain. 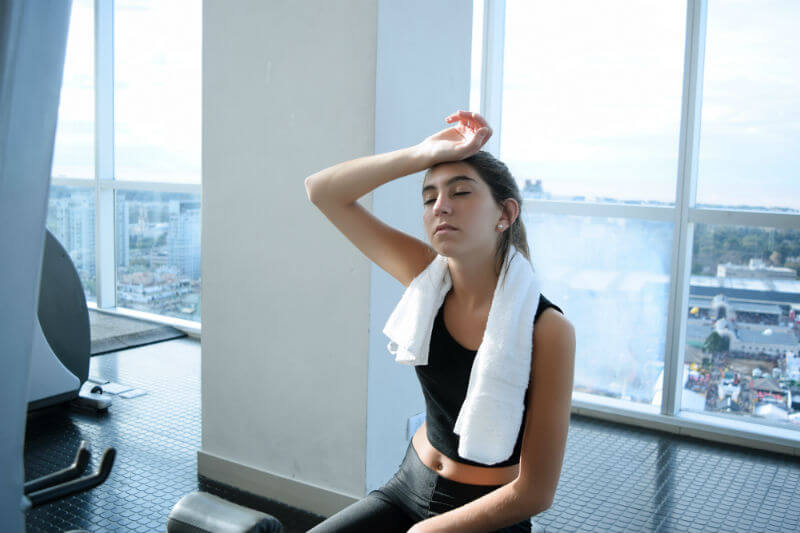 Here are some activities you can enjoy to keep physically fit and mentally strong:

Regular Aerobic Activity: Jogging, biking, running or playing sports that require sprinting are great. Playing on a team will increase the strength of complex synaptic pathways and provide a beneficial social element as well.

Side note: if you read a difficult book while on that stationary cycle, when you step off the bike, both activities will seem easier next time.

Combine aerobic and skilled activities: This way you get the host of benefits from aerobic exercise with the crossover of the complex skill learning. Something like tennis, soccer, or basketball would be great.

Executive function, the ability to plan and organize thoughts, is also directly linked to brain engagement. When memory and executive function begin to slip, Alzheimer’s usually begins to take hold. A study of aging men and women by Wake Forest University found that a routine of moderate exercise increased executive function in individuals by 15%. This correlated with combating of Alzheimer’s.

Exclusive: Download Fitplan’s Workout App and train alongside the world’s most elite athletes!

“If there was a new drug on the market that would improve cognitive function by 15 percent, increase blood flow in critical areas for thinking in the brain, reduce toxic proteins in the brain associated with Alzheimer’s disease and improve overall health status — with no side effects — who wouldn’t take this drug?”

As historically active creatures, we humans need regular exercise to be our best. For those dedicated to a fit lifestyle, mental optimization is not far behind. With increased in learning capabilities, improved biological and neurological functioning, and improved mood – why would you not exercise? Your body and your brain will thank you.

Before you go, be sure to sign up to download the Fitplan App when it’s released worldwide. It’s a portable, total workout resource for whenever you feel the itch to get up and move. With step-by-step tutorials and full workouts from the world’s leading fitness experts, Fitplan allows you to elevate your health to a professional level with just a few taps of a finger.